A county clerk in Kentucky who was 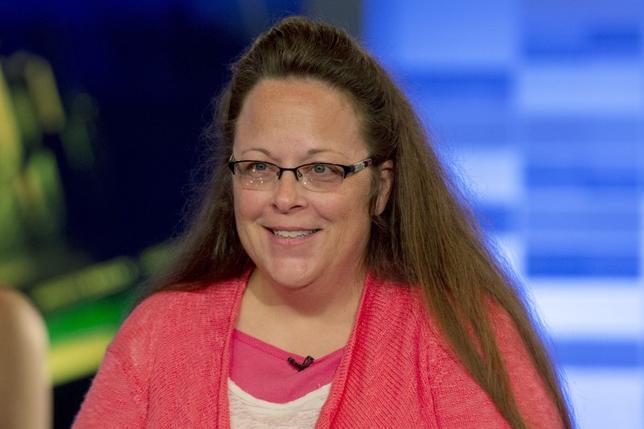 A county clerk in Kentucky who was briefly jailed for refusing to issue marriage licenses to gay couples said on Friday that she and her family have switched to the Republican Party because the Democrats no longer represented them.Rowan County Clerk Kim Davis, 50, who has said her beliefs as an Apostolic Christian prevent her from issuing marriage licenses to same-sex couples, said they had changed parties last we ek. She was a long-time Democrat in eastern Kentucky.”My husband and I had talked about it for quite a while and we came to the conclusion that the Democratic Party left us a long time ago, so why were we hanging on?” she told Reuters in an interview at a hotel in Washington, where she has traveled to be feted at a Family Research Council event later on Friday.