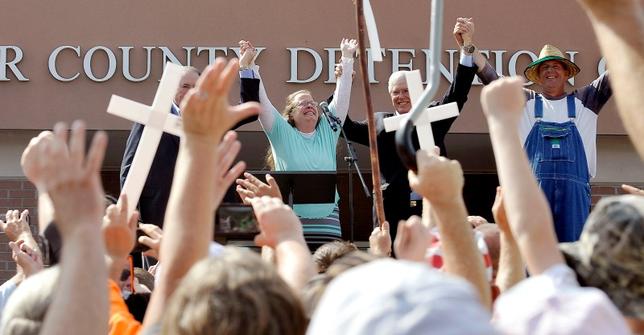 “Supporters of Kentucky  county clerk #KimDavis, who refused to issue marriage licenses to gay couples due to her religious beliefs, said on Wednesday that any of her deputies who provide such documents without her permission should be fired.U.S. District Judge David Bunning ordered Davis released on Tuesday after six days in jail, warning her not to interfere with her deputy clerks who are issuing the licenses, or face further sanctions.Bunning had found Davis, clerk for Rowan County in eastern Kentucky, in contempt after she stopped issuing licenses to any couples, citing her belief as an Apostolic Christian that a marriage can only be between a man and a woman”