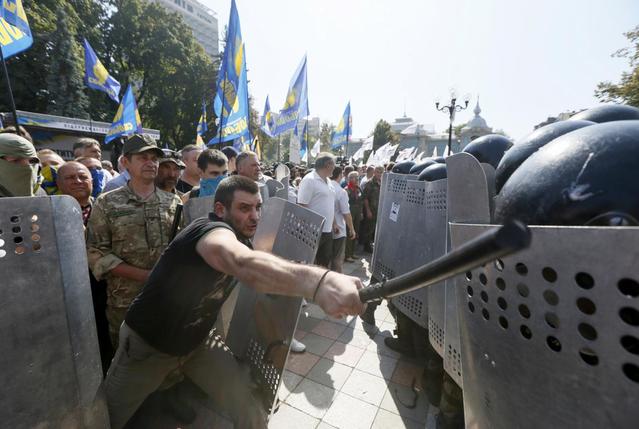 A national guardsman was killed and nearly 90 others protecting Ukraine’s parliament were wounded by grenades hurled by protesters on Monday, the Interior Ministry said, as deputies backed reforms to give more autonomy to rebel-held areas.The violence, which Interior Minister Arsen Avakov blamed on the main nationalist party, and division in the pro-Western camp in parliament suggested President Petro Poroshenko faces an uphill battle to push through key parts of a faltering peace agreement reached in February for eastern Ukraine.